The Willard Vega 30 was produced from 1972 to 1975, and was designed in-house by Hale Field. During those 4 short years, an incredible 110 Vega 30's were pulled from Willard molds.

The line included 4 different versions on the same hull: Searcher, Voyager, Nomad, and Horizon motorsailer. (Note, in the ad shown, a fifth model, the "Enterprise"; is shown. However none of those were ever built.)

The same hull was later used for an updated version, the Mark IV, and for a full sailing version, the 8-ton Cutter. In the 1990's a couple more 30's were built as "pilothouse" versions. 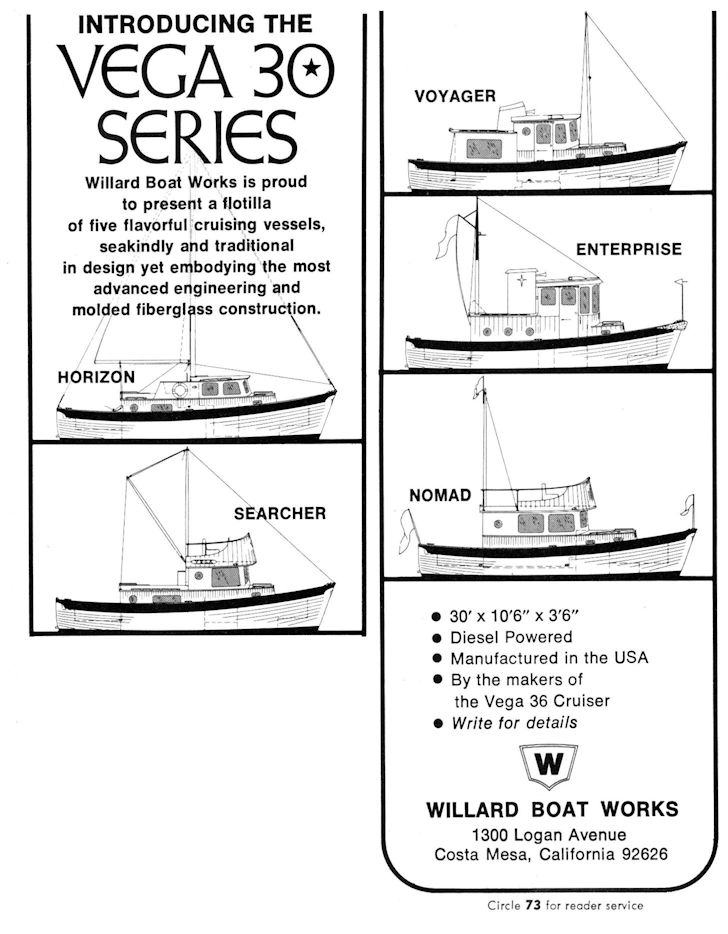