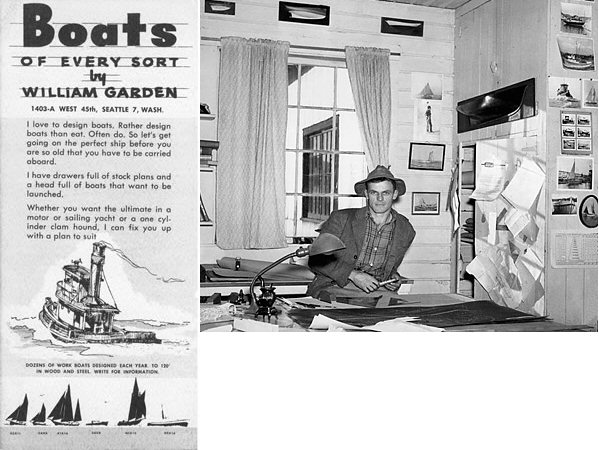 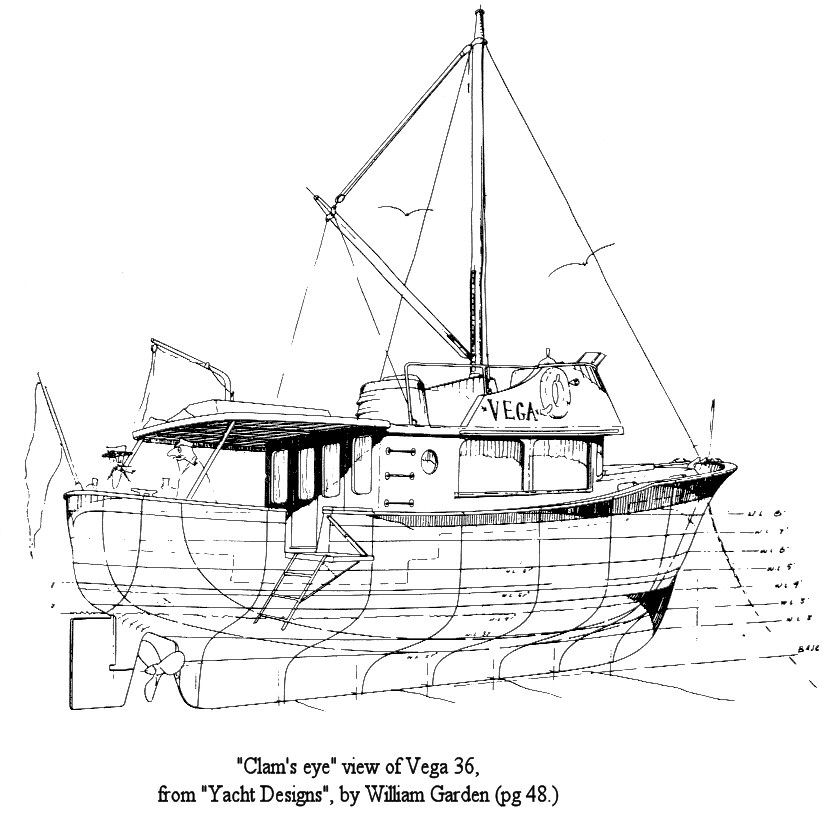 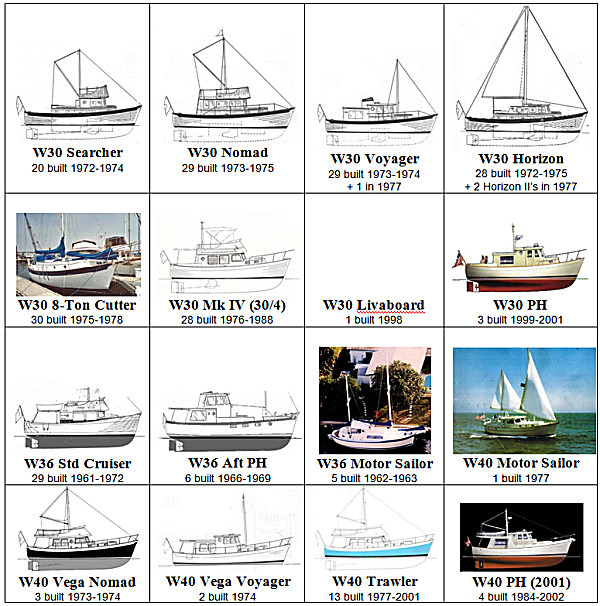 Willard built a 36 foot boat in three models in the 1960s. The most popular was the Standard Cruiser, a sedan style with elongated cabin and flybridge (28 built).  It has a single stateroom forward in the bow with a head.  A linear galley is in the saloon to starboard, and it has a huge stern cockpit.  Many fine examples remain in use today.  5 Motorsailers and 6 Aft Pilothouse models also were built.


Until 1977 the term "Vega" was used to denote the hull style.  It does not identify a model.

The Willard Vega 30 series (Voyager, Searcher, Nomad & Horizon models) were built 1973-75.  The Horizon is a motorsailer. Most Willard owners have one of these mid-1970s Vega 30 models (of which a total of 110 were built).  The 29 Voyagers were the roomiest, with a saloon running the full width of the boat and contiguous with the raised pilothouse and its sidedeck.

In 1975-76 Willard produced 30 of the "8-ton cutters" (an English-style designation), a cutter-rigged sailboat built on a modified Vega 30 hull.
The "Vega 40" was built 1973-77.  Three were flybridge sedans in a “widebody” design (without sidedecks).  Two were in a raised pilothouse style without a flybridge.
One was custom built as a motor sailer in 1977.
The “new” all-fiberglass Willard 40 was introduced in April 1977 with "many updated features".  It was similar to the previous Vega 40 but with sidedecks.  Also, the decks and superstructures were cored fiberglass produced from a mold, as in the 30/4, and the term "Vega" was discontinued.
14 were built as the W40 Flybridge Sedan between 1977 and 2001.  6 were built in a pilothouse configuration, the last two in a "new" design in 2001-02.
After 1976 Willard was primarily a commercial and military builder, and remains so today. Due to the crush of military business they terminated the recreational trawler program in September 2003.